Prequalify Today
Scott Davis
Loan Officer, Area Manager
A Navy veteran and former VP of Sales for a major cash flow factoring company, Scott joined ABL as the territory manager for MD, PA, VA, DC, and DE in 2018. Having managed million in assets with a nationwide territory in his previous role, Scott has perfected the art of delivering results in a fast-paced environment wile maintaining his easy-going personality. Scott enjoys getting out to local networking events, taking the opportunity to get to know his borrowers on both a personal and professional level. Scott holds a Bachelors of Business Administration and was born and raised in North Bethesda, MD, where he still resides with his wife and two sons. 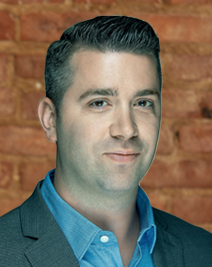 ABL has been lending in the District since 2013. We began in partnership with two very experienced hard money lenders based in Baltimore who needed a capital investment after suffering loses in 2008-2010. Our first loan was to a local investor who purchased land in 2005 and in 2013 wanted to build two 3 story single family townhomes. And he wanted to go modular. We worked with him and, though it wasn’t easy, the project was completed and sold. We expanded our lending in 2014 and are now lending in both urban areas, specifically for new condominium developments and suburban markets both in DC and just over the border in Maryland and Northern Virginia. DC has some of the most expensive urban real estate in the country so local investors need to be smart and fast. ABL is helping them.

We are a private lender in control of our own funds, which means we can provide fast (prequalification within 24 hours and loan closing in 7-10 days) financing for your project. We pride ourselves on the local relationships we have cultivated with the best appraisers, attorneys, and title agents in the NJ real estate industry.

We provide twelve-month, interest only bridge financing for the following programs:

We are a Local Lender

We are a Direct Lender

We are Reliable and We Close Fast

Asset Based Lending, LLC was founded in 2010 and is a leading local source of hard money in the residential real estate market. We have consistently received praise from our borrowers who emphasize our quick, hassle-free closings, favorable terms, and creative financing solutions.

Fill out our Pre-Qualification form to start the process.