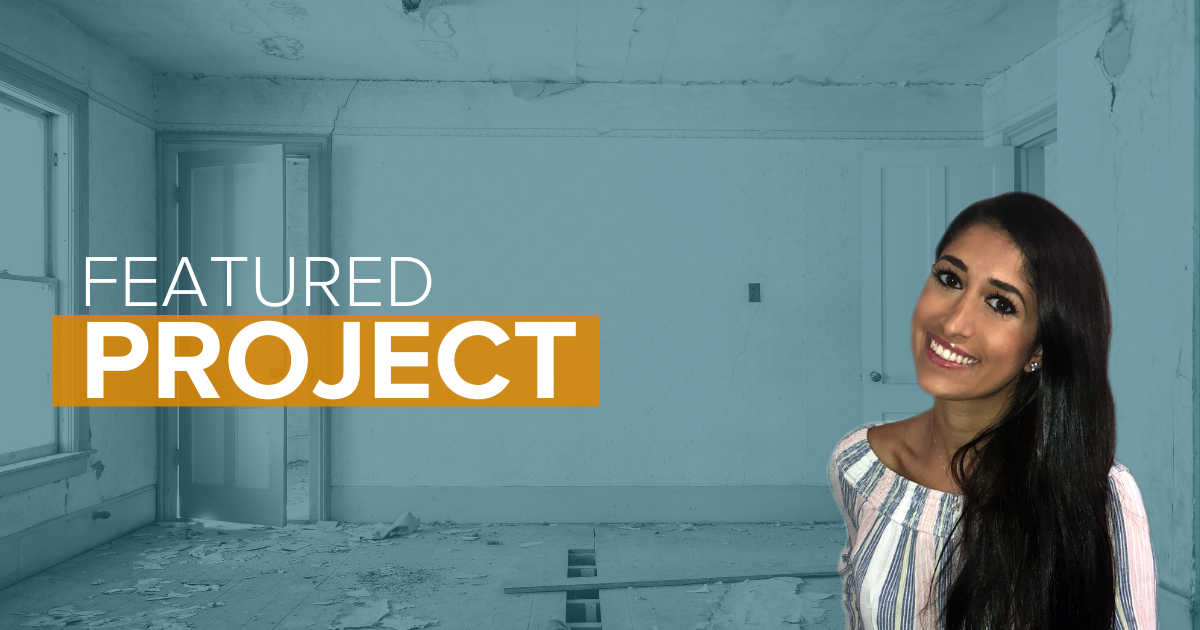 Asset Based Lending is proud to celebrate our borrower’s successful real estate investments and our loan officers who facilitate that success. ABL will be highlighting our loan officers’ favorite deals each month, going through the details that made it a win and how our experts navigated the process.

Today’s deal comes from Susan Botros, who closed this fix and flip hard money loan in Newark, NJ. The property was purchased for $340,200 with a rehab budget of $140,000 and a total loan funded at 89% LTC. The borrower is an experienced real estate investor and realtor that has worked with ABL on several previous deals. Borrower plans on holding this property as an income-producing asset with our rental refinance program.

The property was purchased at an auction after the previous owner abandoned it during a failed rehab project. Our borrower took control of the property and continued the renovation under her

“This is the borrower’s biggest rehab project to date, so having the flexibility of zero points on top of our tremendous servicing lets her focus on the project at hand”

guidance. The borrower was choosing between lenders for this deal, but one of the biggest selling points was ABL’s zero-point program. Since the renovation is expected to take less than 8 months, the borrower gets to keep more of her money by choosing the zero-point option. With the industry’s only zero-point program, this borrower got to secure a smart financial deal that benefits her investment’s bottom line. “This is the borrower’s biggest rehab project to date, so having the flexibility of zero points on top of our tremendous servicing lets her focus on the project at hand” said Susan.

The property is a three-unit multi-family with one unit being a 3-bedroom, 1-bathroom and two units being 4-bedroom, 2-bathroom with a total square footage of 4,500. The prior owner attempted to rehab the property but did not complete project, so our borrower is taking over. Interior renovation will include full gut of each kitchen and bathroom including new granite countertops and mid-range appliances, new windows, new floors, and fresh coat of paint. Exterior updates will include fresh coat of paint and stucco where needed. The project is expected to take four months and will be fully tenanted within 2 months of the project completion.

Newark has seen lots of growth and improvements over the last decade, which has translated into a healthy real estate market. The city was once flush with distressed properties, which allowed fix and flip investors to come in and improve the neighborhoods one house at a time. With so many people leaving New York City over the last year, Newark was one of the NYC-adjacent cities that benefited from the new influx of residents. As of April 2021, the average home price in the area reached $270,000, which is a nearly 13% increase from the year before. Homes are spending an average of 41 days on the market, indicating a healthy seller’s market.

The Newark rental market is also one of the few north east cities that did not lose much of its renter population and even saw a small rise in average rent prices, experiencing a 1% year-over-year increase from 2020. Approximately 40% of the population rents versus owns and city’s average rent is below the national average, making it renter-friendly and ensuring vacancy rates remain low. By comparison, nearby cities like Jersey City and Hoboken faced declines in their average rent prices and increases in their vacancy rates.

Susan is inspired by our borrower’s passion and determination- especially the women who entered this male-dominated field and continue to deliver on lucrative real estate investments. “This borrower was a mom trying to make ends meet for her family and now she’s super successful in real estate ventures. Being able to work with her and watch her deliver on successful projects is incredibly rewarding.” If you’re a real estate investor looking for hard money loans, contact Susan and the ABL team today.