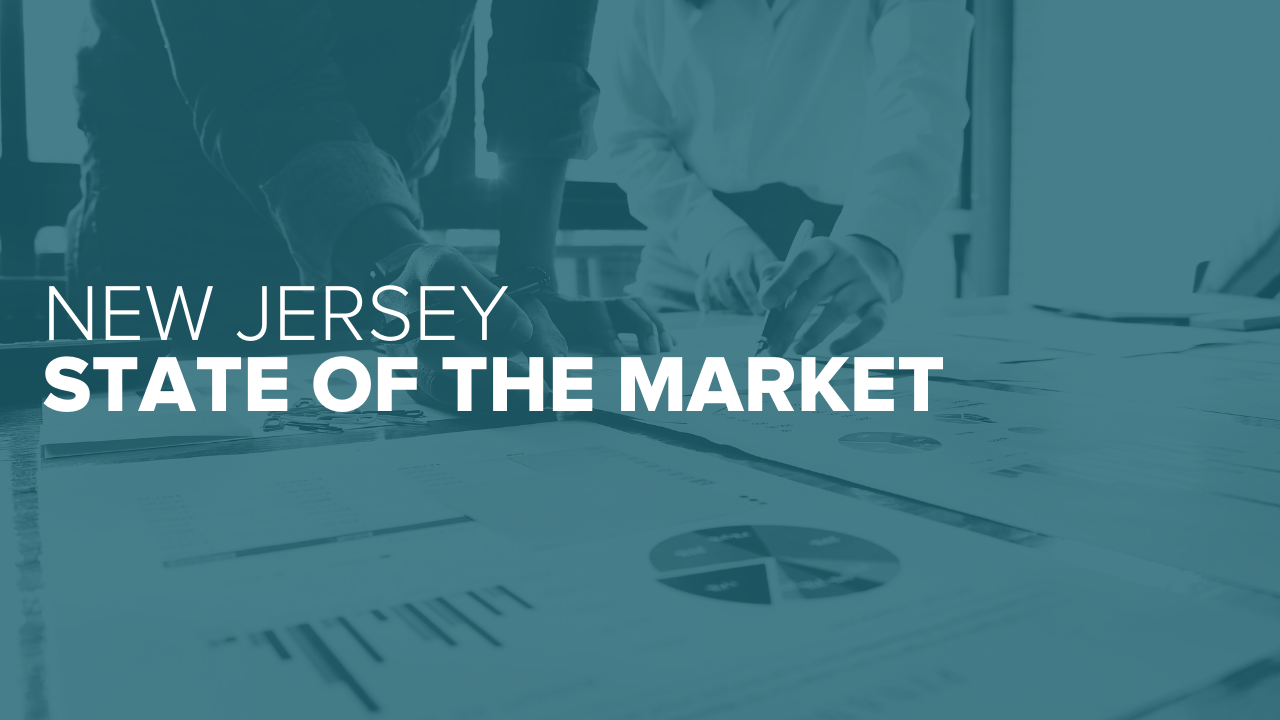 State Of The Market For New Jersey Real Estate Investors

As direct lenders that partner with real estate investors in New Jersey and beyond, we wanted to highlight some key stats and details to help our borrowers better understand the current NJ market conditions. Historically low interest rates coupled with record low inventory has created a highly competitive real estate market that heavily favors sellers, so market knowledge can make the difference between missing an opportunity and another successful investment.

The New Jersey real estate market, like many suburban markets in the north east, exploded from the demand brought on by the global pandemic. Millennial families and business professionals were looking to leave densely populated urban environments like New York City to have more space for their new home office, as well as have more breathing room away from other individuals. The state of New York lost 120,000 residents as of July 2020 with many of these residents taking up home in nearby states like NJ. Many home showings throughout NJ have a line of cars with New York license plates that are placing bids above asking price just to remain competitive.

The state reached 5-year-highs in November 2020 with average home sale prices and number of homes sold and has hovered near similar numbers since then. As of February 2021, the average home sale price in the state reached $360,000, which is a 20% increase from the previous year. Nearly 8,000 homes sold during the month, marking a 14% increase from the year before. The lack of available inventory can be seen in the 8,806 homes that were newly listed during February, which is 30% less new listings than the previous year. Furthermore, the entire state had 22,307 active home listings which is 40% less active listings than February 2020. Homes are on the market for an average of 58 days, which is 20 days less than the year before, and the number of homes sold above listing price is 38%, which is 17% higher than before.

There are some areas in New Jersey that shattered expectations and are continuing to thrive in these new market conditions.

Three of the hottest markets in New Jersey for real estate investors are:

Millville, New Jersey is tucked away in the southern tip of NJ and saw the largest average home price jump in the entire state. As of February 2021, the average sale price for the town reached $162,500 which is an incredible 117% increase from the previous year. Additionally, the average time these homes are spending on the market are only 19 days, which is 85% less time than the average time remaining on market the year before. This is a remarkable combination of stats that should interest any real estate investor- being able to chain together several deals in a short amount of time, especially with such a surge in sale prices, is the key to a lucrative market.

Currently, homes are selling for $116 per square foot which is a 104% increase from the previous year Builders who can source their own materials and lower their construction costs can benefit from this rising price, especially with inventory being so limited for fix and flip investors. Builders also have the benefit of constructing a home that matches market demand: for example, Millville homes that feature an office or den are selling on average for 9% above asking price.

Montclair is a major northeastern metro area that exploded throughout the last year, becoming one of the hottest NJ markets for homeowners and investors alike. With many of the new homeowners coming from New York City, Montclair is conveniently located with enough city-like features and similarities to be an easy transition for former NYC residents. The average home prices in Montclair reached $765,000, which is a 107% increase from the previous year. 40 homes sold last month, which seems low, but is actually a 60% increase from the year before.

Currently homes are selling for $354 per square foot which is a 29% increase from 2020. Once again, builders that can meet market demand through residential new construction can benefit the most in the current market. Homes in Montclair that feature finished basements are selling on average for 25% above listing price, while homes with decks are selling on average for 9% above listing price. Understanding what homeowners are looking for can maximize the profits of a new construction project by ensuring that the home will find a buyer and achieve a premium asking price.

Pennsville is another southern NJ town, this time located west near the border of Delaware, that experienced massive growth in its real estate market. One of the biggest benefits for new Pennsville residents is its location alongside the Delaware river, offering many properties that feature relaxing water views. The average home prices reached $177,450, which is a 99% increase from the year before. The average time homes remain on the market is 52 days, which is a 53% decrease from the previous year.

Homes are currently selling for $105 per square foot, which is a 22% increase from the year before. Properties that feature fresh backyards and new kitchens are selling on average for 2% above asking price, which is convenient since curb appeal and kitchen renovation are two of the most popular home upgrades when trying to sell. While many of these NJ markets peaked back in November and leveled off a bit, Pennsville continued to break its own records into February 2021 is continuing to see growth month after month.

While most of the peak prices occurred in November 2020, the small dips are not enough to indicate a market correction just yet. With vaccines rolling out and NJ life steadily returning to normal, it remains to be seen if the lifestyle changes that caused such a surge in real estate markets sticks around to continue affecting the markets for years to come.

It’s important to note that New Jersey currently has an eviction moratorium in effect, which means that homeowners cannot be removed from their homes because of a foreclosure. The judgements and foreclosure sales can still occur, but the tenants cannot legally be removed as of this time and therefore investors cannot begin the work needed to flip the home. As of this writing, the eviction moratorium is set to last until June 17th unless extended by the governor. That means inventory should start becoming available over the summer, with July onward being a frenzy of foreclosure sales and distressed properties opening again for fix and flip investors. Being ahead of the curve with a business strategy is how savvy investors can edge out the competition and benefit from the release of this new inventory.

Asset Based Lending is here to help investors and entrepreneurs achieve their financial goals through smart real estate investments. If you’re looking to be approved from our hard money loans for fix and flips or new construction, or are interested in buy and hold rental property, then contact us today.