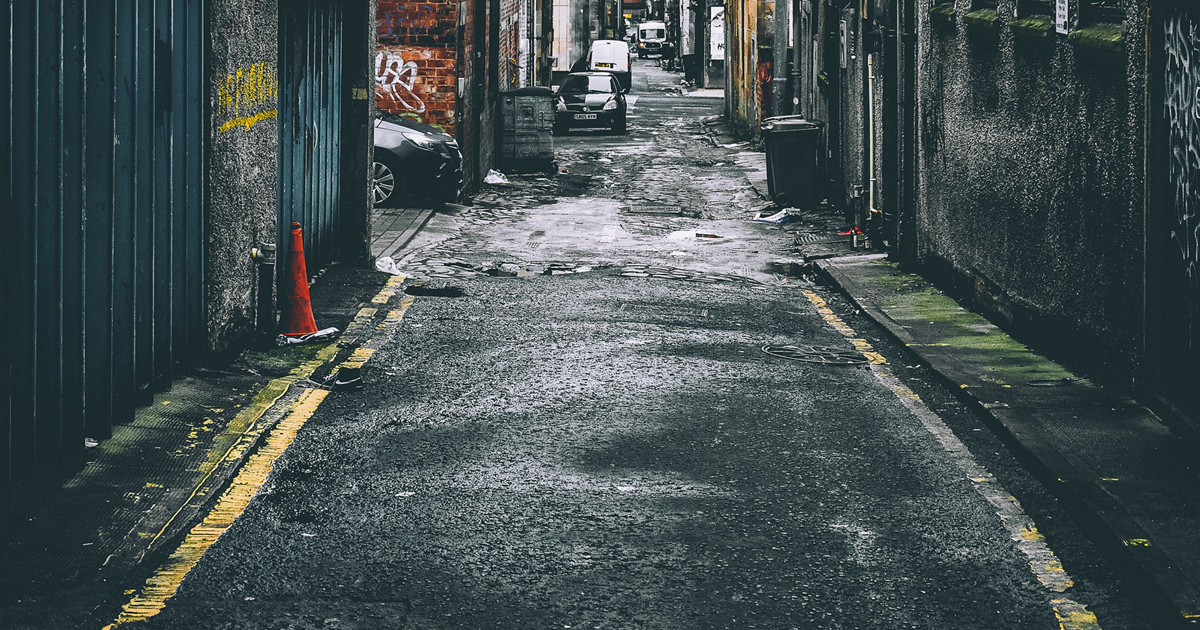 Aside from the obvious benefit — profit potential — one of the most exciting aspects of flipping houses is the chance to take a rundown property and completely revamp it, creating for a striking before-and-after portfolio and the satisfaction of improving a neighborhood.

So imagine the thrill of doing this to an entire city block or neighborhood.

Welcome to the world of urban redevelopment.

What is Urban Redevelopment?

The term “urban redevelopment” is often used interchangeably with “urban renewal” and refers to a government-assisted approach to redeveloping what is typically considered a blighted or underachieving area.

There are a variety of approaches to urban redevelopment, but it typically starts with a municipality zeroing in on areas of the city it wants to transform in some way. This could be a smaller-scale improvement (where the term “renewal” tends to be used most often) or a large-scale, wholesale restructuring of an area that may include things like demolition and brownfield remediation (complete redevelopment) … and anywhere in between.

The municipality typically establishes an urban redevelopment commission or authority whose job is to identify areas of potential redevelopment, determine how to acquire those properties, who to award the redevelopment project(s) to, and oversee their progress.

Projects can include the reuse of a former school or mall, or demolition and rebuilding of an entire area. Locations include everywhere from inner cities to university towns, and projects often include upgrades to public transportation and multi-modal transit.

Here are a few examples of real world redevelopment initiatives:

The Urban Redevelopment Authority (URA) in Pittsburgh cites an adaptive reuse of a former school as one of its projects. There, it introduced mixed-income senior housing, a new community center, and a public plaza.

The URA acquired the building from the Pittsburgh Public School district in 2014, then, via the URA Real Estate RFP process, selected a developer to redevelop the site. According to the URA, the project was awarded Low Income Housing Tax Credits.

The Urban Land Institute (ULI) published case studies on several urban redevelopment projects, including Denver Union Station, a large-scale mixed-use development in downtown Denver that includes office, residential, retail, hotel, and transit uses. There, a vacant parcel of land and an underused train station were redeveloped in a public-private partnership.

In another case study, ULI outlined what took place in Baltimore’s Inner Harbor, where 192 acres of “formerly dilapidated and abandoned waterfront property” was redeveloped. There, 22 city blocks were condemned and cleared, to be redeveloped as a mixed-use waterfront district comprised of office buildings, hotels, apartments, and cultural and entertainment attractions.

You might not be ready for the scale of an Inner Harbor project, but maybe you have considered tackling that vacant rundown building on your town’s Main Street.

Urban redevelopment marks yet another potential strategy for flippers, but like anything else, it comes with pros and cons.

Advantages and disadvantages to urban redevelopment that flippers should keep in mind:

Greater Profitability
With bigger projects comes bigger profit, but there’s a catch: the investment and the risk can be higher, too. Urban redevelopment involves a wide range of moving parts, from the technicalities of the project itself to the community involvement. However, some investors report getting in and out of projects in under 12 months — meaning they completed a project in a similar time frame as other fix and flips but made a larger return on investment.

A project like this can be all-consuming, but the payoff (not only financially but also in terms of impact) can be significant.

Greater Impact
Although the bottom line needs to be at the forefront of any investment project, these kinds of redevelopments can include an altruistic component as well. When done right, urban redevelopment can breathe life into dead zones and dramatically improve a community.

The rub, however, is that you want to truly enhance an area and not simply bulldoze and kick people out. The most successful developers sincerely take a community’s wants and needs to heart.

Financing Opportunities
As incentive, urban redevelopment projects offer a number of financing opportunities you won’t see in your typical flips. These can include tax benefits, special government loans, grants, bonds, and more, and can complement the funding scenarios you are already familiar with.

Red Tape
There’s no getting around it: you’re partnering with government entities and things inevitably tend to move slower. From the bidding process to permits to funding, you’ll have tons of paperwork, deadlines, and requirements. But that’s where the potential for greater profit kicks in. If you’re going to devote yourself to a years-long project, you’ll need to ensure the payoff is worth it (unless you’re only in it for the altruism).

Unlike that single-family flip where a few curious neighbors might pop by to see what’s happening, when you get involved in urban redevelopment, you’re in the public eye. These are projects with lots of onlookers, from taxpayers with a vested interest in what happens to public property — and their tax dollars — to political leaders and community members.

You’re Being Watched
You can expect to appear at public meetings and community events alike, and to receive both praise and criticism, in private and in public. This attention is neither an advantage nor a disadvantage – but is what you make of it.

Eminent Domain
Eminent domain, whereby a municipality takes back a property for the “greater good,” is always a distinct possibility in urban redevelopment. Again, this is neither an advantage or a disadvantage per se, but is something to anticipate.

Challenging Appraisals
Appraisals are often a subjective and tricky business even with the most vanilla of properties, but they get even thornier in redevelopment projects. You may find yourself trying to convince a bank’s appraiser that a neighborhood is on an upswing and having to produce documentation that proves such. When you get in early, you tend to get the best prices — but you might also have a tough backstory to overcome.

More Complex Rehab
Never mind that old train station that’s being upgraded into some sort of modern multi-modal transportation station. A three-family can be surprisingly complex, too. Understand that areas eyed for urban redevelopment have usually endured years — decades, even — of neglect, and the rehab probably won’t be easy. If you haven’t tackled extensive renovations before, now may not be the time to start. It’s important to come into this with some experience.

In the end, urban redevelopment can be an exciting proposition. And again, you needn’t think of it solely as football stadiums and large-scale mixed-use development. You might be renovating multi-families to rent out as Section 8 housing, or rehabbing a building to accommodate a few small businesses with apartments above.

It takes imagination and a skilled team with vision and expertise, but the rewards can be great — and the possibilities for growth, nearly endless. As always, Asset Based Lending is here as your hard money financing partner when you’re ready to get started.