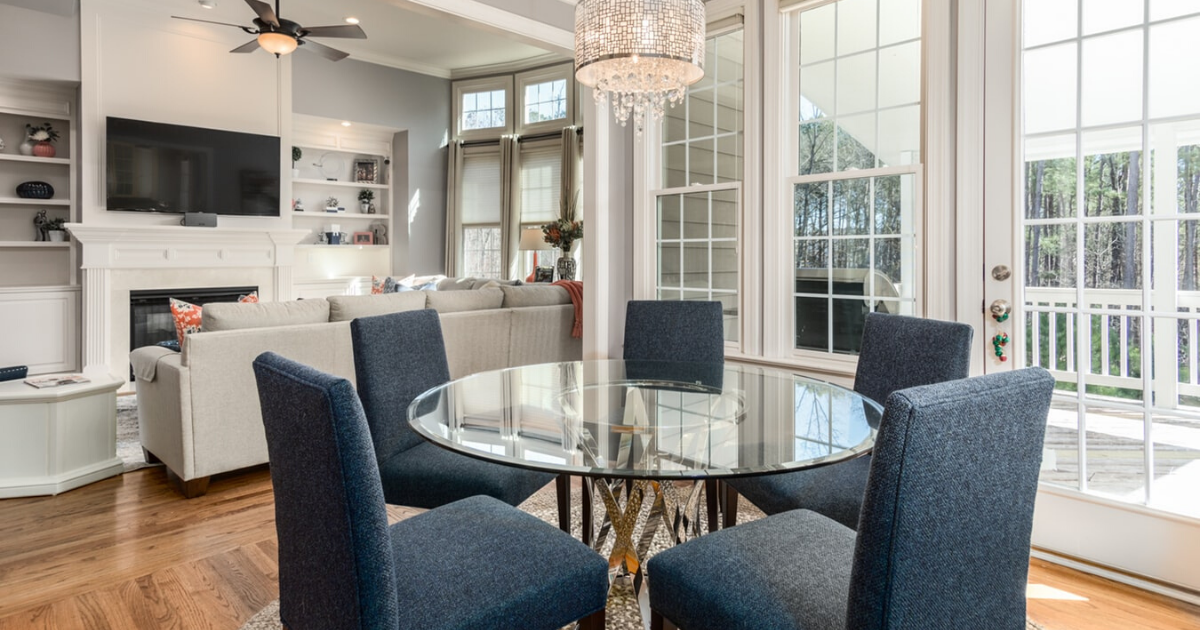 Maximize Your Floorplan To Boost ROI

When you walk around a potential fix and flip project, it’s just as important to take note of the floorplan as it is to notice any physical deficiencies.

A house needs to have a comfortable and intuitive flow and the space needs to feel right for it to appeal to buyers. This includes things like room size and location as well as where items like closets or kitchen cabinets are placed.

Other examples of functional obsolescence include a bathroom located on a different floor than the bedrooms, the lack of an entrance to the basement from the interior of a house, or a house that doesn’t match the neighborhood. The house might be a completely different style or a McMansion in a neighborhood of smaller ranch homes, for example.

The key is to identify those components that can be remedied within your rehab budget versus those that can’t.

With that said, we’ll look at ways to improve the interior — specifically, how to maximize the floorplan for the biggest return on investment.

Also note that this refers to floorplan, not footprint. The footprint will remain the same while the layout inside the house changes.

Here, then, are some indoor remodels you can consider to improve your floorplan, appeal to more buyers, and boost your ROI:

One of the easiest ways to create more space and make the interior feel bigger is to open things up. You may not go the full open floorplan route, but many properties can be improved by taking down a wall or two.

One such example is to create a better flow between the kitchen and dining areas. Older homes tended to close the kitchen off from the dining room, isolating the person cooking from everyone else. Today’s buyers prefer a more open space, whether it’s for entertaining purposes or for keeping an eye on the kids.

You have a few items to pay attention to here. The biggest concern is determining whether the wall is load-bearing. You may need to hire a structural engineer to evaluate.

If the wall is load-bearing, your cost rises because you’ll need to install beams elsewhere to redistribute the weight. You may also need to make changes to the electrical and plumbing components. And in many cases, load-bearing or not, you’ll also have to fix a bare spot in the floor.

You should also evaluate cabinet space before removing a wall. It could be detrimental to remove a wall if you also remove most of the storage available for the kitchen. You’ll need to account for how the buyer will store plates and dishes as well as groceries, and you also want to keep the dishwasher and microwave. Make sure all components of a modern kitchen will fit in the space.

But if you can do so, removing a wall and opening up the space is one of the most dramatic and effective changes you can make. In this example, you might take the wall down in its entirety or create an island.

The ROI for removing a wall, according to Remodeling Image, is 54 to 60 percent. If the previous design was functionally obsolete, however, that number rises as you fetch a higher resale and spend fewer days on market.

A good rule of thumb for any rehab is to have a minimum of three bedrooms, which greatly expands your pool of buyers. Even if the third bedroom is small, it typically beats a two-bedroom.

If you’ve got a large open space available, you can create a bedroom fairly easily. Things to keep in mind include permitting — make sure the number of bedrooms is allowed — as well as electrical and installing at least one window for light as well as for egress.

With the electrical, check whether you can tie into an existing circuit or whether you’ll need to install a new one. You’ll also need the proper number of outlets to meet code, and an overhead light is usually more appealing than the need for a lamp.

The window will need to comply with code as well, so make sure your contractor is installing the proper size and style.

Remodeling Image reports that the cost to create a small room runs approximately $12 to $27 per square foot and that the ROI ranges from 50 percent to 65 percent. But for a rehabber, again, the ROI can be higher when you consider days on market and broader appeal.

Add a Half Bath

Similar to the extra bedroom, a half bath can greatly increase your pool of prospective buyers. A rehab with at least one and a half baths generally improves the house’s appeal.

The good news is that you don’t need much space for a half bath — just enough to comfortably fit a toilet and vanity.

Again, check for permits and for electrical and plumbing issues, as well as any exit and egress scenarios. The materials involved shouldn’t be expensive — toilets and vanities are quite affordable and even those from big box stores can look nice — so your main concern is the labor for your electrician and plumber.

And finally, make sure the location of the bathroom makes sense. If the only space you’ve got is adjacent to the kitchen, you might want to pass.

A master bedroom can be an accessible feature even in a starter home rehab.

At its most basic, a master bedroom is simply the biggest bedroom. However, to add some buzz to the house (and to your sales listing), you can create a walk-in closet or add a bathroom as well. Some would consider these additions worthy of the term “master suite.”

You can create a master bedroom by removing a wall and enlarging a bedroom, if space allows; some reconfiguring is often needed.

Keep in mind the larger furniture and accessories that many people bring into their homes these days. Today’s buyer is more likely to have a king-sized bed and television set than the folks who originally occupied an older home, so you want to consider where those pieces will fit as you eye the space.

Older homes typically have small closets as well, so if you’re able, provide for a larger closet space. It might not be a walk-in closet, but enough space for his-and-hers, or two closets, is appealing.

This is often a larger undertaking, but a finished basement can be another appealing feature. If the main living area is limited and difficult to change, consider the basement as a method to add usable square footage.

The project might be as simple as installing carpet or tile and painting the walls, or you might also add rooms. You’ll want to make sure the basement area isn’t too wet; waterproofing can be thousands of dollars and may not be worth the expense.

As with all rehabs, check comparable houses in the neighborhood for finished basements; if everyone has one, this could be a must-have. If they don’t, this is more of a nicety.

Again, you’ll need to consider permitting as well as electrical issues and be aware of code for exit and egress.

It’s important to keep both flow and functionality in mind with any of your rehabs, and to remember that significant improvements are often possible for less money than you might have assumed.

Take a little time to anticipate the needs and wants of your buyer, get creative when needed, and watch your ROI improve.

The Best Places To Invest In South Carolina 2021

South Carolina is one of the many states that saw ...